One up, two down – how we stay connected with children 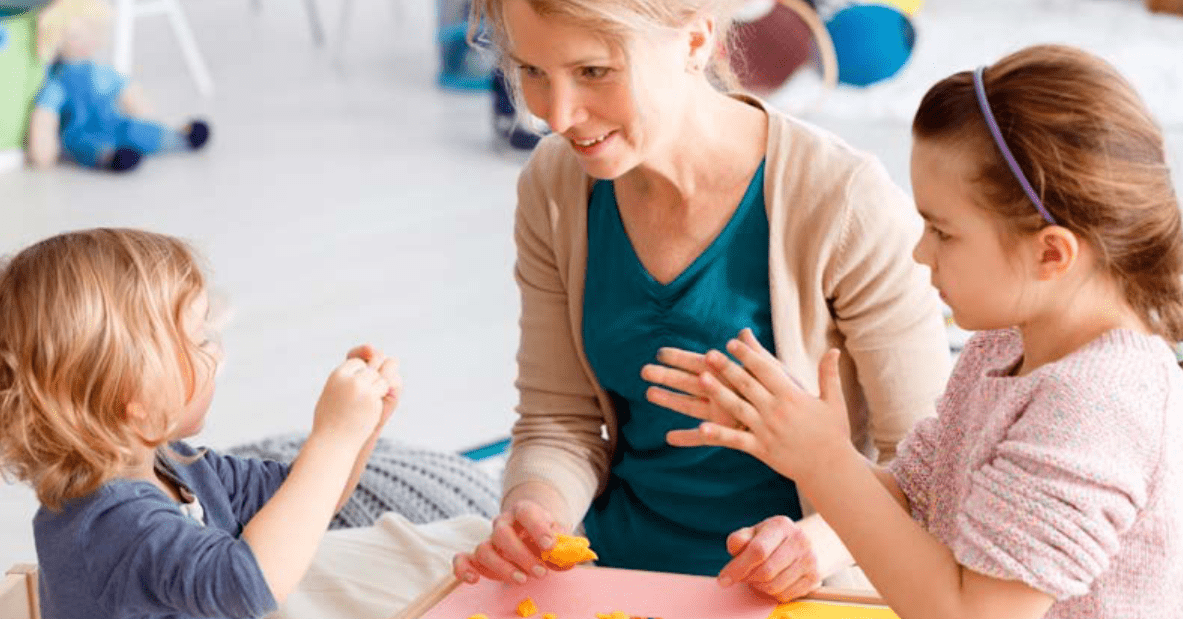 One up, two down – how we stay connected with children by Sylvia Gray, Team Leader Infant-Toddler room and Lynne Rutherford, Deputy CEO, Gowrie SA

Varied perspectives on implementing the ‘one up, two down’ concept to stay connected with children.

A few years ago we had a challenge in one of our rooms. We resolved this through use of video footage and reflective conversations, but how do we really embed change over time? As part of the resolution of this situation, we used the phrase ‘one up, two down’ to remind educators how to stay connected with children in a busy environment. This is now something I often talk about in conversations with educators. I was asked recently about this phrase, and whether we had anything written down or an article to share. As with so many things, we had not taken (or found) the time to write about the situation and what we had learnt from it. To rectify this, I reconnected with the educator who was the Team Leader of the toddler room in question and we wrote about our learning from the situation. We hope you find it helpful.A group of children are heading inside to the carpet after playing in the outdoors. I have asked them to “please sit on the edge of the carpet beside someone who you didn’t play with outside.” So…what is significant about this request? Fundamentally, it is acknowledging our program’s focus on building positive relationships with, and between, children. I want the children to build confidence in being with, and interacting with, a range of individuals, not just those they choose to play with. But just as importantly, this request will provide practice for the children (and allow me to observe) their executive function abilities.

Imagine you are in a toddler room; the children are aged between 18 months to 2.5 years. The children are inside, and the tables are being prepared for lunch. It feels chaotic. Children are hungry, tired, upset, crying,
demanding, in disagreements with each other or their educators, and educators are also stressed and on edge hurrying to get the meal underway. This was a real life scenario that we faced. The room team just could not figure out what was going on. This sense of chaos happened regularly enough that lunch times became a dreaded part of the day.

After talking this through with the Program Leader, the Team Leader followed her suggestion and took some video footage of the lead up to and during the lunch time period over several days. The Team Leader then viewed this footage with the Program Leader and this is when the problem was revealed. All the educators were standing up preparing for the lunch routine and nobody was connecting or engaging with the children, at their level, in their play. We reflected and realised that we were so concerned with making sure the room was set up for the lunch routine, and that activities were tidied up and mattresses set out, that we were taking our attention away from children during this process.

When we realised this, the solution seemed obvious – we needed to make sure that at all times there were educators who were available to the children through being seated near them, making conversation and eye contact, and supporting them through this transition. The next question was how we could do this so everyone else in the team understood the importance of a change in practice. So we talked to the educators about what was happening, and how they felt about it; no-one was enjoying this time. We then shared what we had seen in the video footage and collectively discussed the idea of ‘one up, two down’. This meant that if there are three educators in the room, two always had to be available to the children and one could be focused on routines such as setting up for lunch. The ‘one up, two down’ concept was very successful and we used it across our other rooms too.

As with any change to educator practices, such as changes in routines, this new way of thinking and working had to be revisited, and old patterns in routine had to be disrupted. Implementation of new ideas means educators have to support each other with good communication strategies and flexibility. Once educators could see the impact on children, lunch time routines became much more relaxed and enjoyable for everyone. Eventually we also decided to move the toddler lunch time to be held outside as this created an opportunity for everyone to be relaxed and allowed the setup of the indoor space to be undertaken by an educator without distracting from the importance of lunch time conversations between the other educators and children. We found that the ‘one up, two down’ concept is successful in either an indoor or outdoor environment and at all times throughout the day. 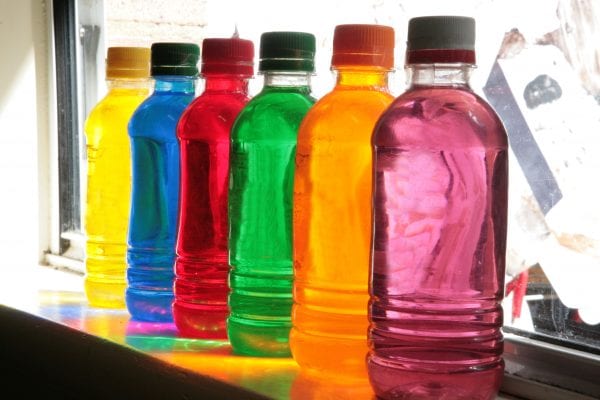 One up, two down – how we stay connected with children – continued

As with any issue we find, it is rarely the children that are the problem, and reflecting on how the educators are working with children is the most useful strategy; “if we are having an ongoing problem with our children, our relationship with them needs to be the solution” (Cooper, Hoffman, & Powell 2009). We know through research that children should not experience prolonged periods of stress. “Neuroscience is able to demonstrate … how chronic stress can raise chemical levels of stress hormone that interfere with memory, attention and learning (Thompson, 2008 cited in Winter, 2010).” Considering the environment for children, and how we are able to reduce stressors is part of the continual improvement process.

We often forget to plan our routine times as thoroughly as the rest of the day and this can create a less than positive time for children and educators. Routines tend to be viewed as tasks to get through efficiently rather than as opportunities for learning and connection. Spending the time to really look at what is happening during routines such as mealtimes can support reflection on educator practices. Our learning was to make sure that educators remain connected with children rather than distracted by routines and implementing the ‘one up, two down’ concept has helped us to keep our focus on children.

This article has been written by Sylvia Gray, Team Leader Infant-Toddler room and Lynne Rutherford, Deputy CEO, Gowrie SA shares varied perspectives on implementing the ‘one up, two down’ concept to stay connected with children.

Lady Gowrie QLD acknowledge the traditional custodians of the lands on which our Services are placed, and pay our respects to the elders, past and present, who have raised children, taught them about the world around them and bestowed on them the gift of culture and language.